Love to visit spas? Love to ride bikes? If you gave an answer of “yes” to both questions, then this is the perfect Tuscany bicycle tour for you.  You will find yourself cycling along some of the most scenic roads in the world, sipping cappuccinos in the mornings, relaxing in spas in the afternoon, and savoring sumptuous regional foods by night.  The lauded natural beauty and romantic scenes of Tuscany have not been overstated.  What better combination for a romantic getaway or family vacation?  Come and discover Tuscany for yourself with our 6-night bicycle vacation!  See full itinerary below. Or please click here to learn more about our other Tuscany bike tours.

We work with only local guides, cooperating with those that have a love for cycling, and a desire to show guests the beauty of the land they call home. On our self guided tours we do not bring in guides from other destination to work with you. Having the local perspective only enhances your experience, providing insider knowledge and opportunities that only a local resident can offer. From greeting guests when they arrive, to personally handling luggage transfers, to curating excursions, to problem-solving (e.g., flat tires and other unforeseen issues) our concierges assist guests daily. They also set you up on your rental bikes, and can help with routing and simple questions. Need help finding a good lunch spot? Is it raining too hard or you’re too tired to continue? The concierge is a phone call away and are there to help you! Each tour group works with a single, dedicated concierge who can be called upon for in-person assistance at any time.

We generally target 3 and 4-star hotels, which we hand select to maximize comfort while minimizing cost. The star rating is using a French rating system, which has proven to be the standard around the world. Therefore we use the same standards in France and beyond. Over the years we have developed relationships with many amazing 3 and 4-star properties that distinguish themselves as providing much more than their rating suggests. We have loved getting to know these hotels and sharing them with our guests. For tour groups wishing to upgrade their accommodations, we can provide custom pricing for four and five-star hotels, pending availability. Below are an example of some of our favorite hotels in the region that we target using on our tours, pending availability.

Road Bikes: Our rental road bikes are a racing style with drop handlebars. 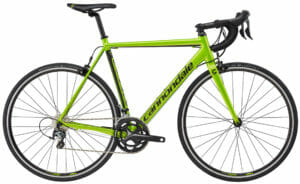 Hybrid Bikes: Our rental hybrid bikes are a relaxed style with flat handlebars. 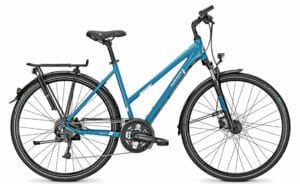 eBikes: These semi-powered bikes allow for non-riders to share the experience with their friends and family who are stronger cyclists. 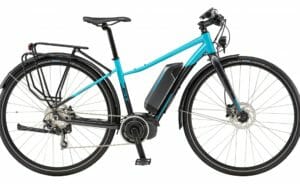 Included in your tour fee is the use of one of our Garmin Edge Touring GPS units for the duration of your tour. These easy to use GPS units provide an excellent worry-free routing method that you can depend on throughout your tour. When you arrive the daily routes will be pre-loaded, and ready for you to use each day of your tour. All you have to do is start the daily route at the beginning of your riding day, and follow the highlighted line! At the beginning of your tour your local guide will show you how to use the unit. We will also provide instructions that you can reference when needed. As a backup and supplement to the GPS, we will also provide a local map as well as routing instructions. 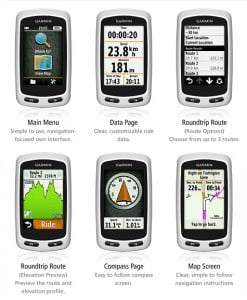 One unit will be provided to each four guests. If you need additional units they will cost $125 per unit per tour for rental.

Day 1:  Transfer from Siena to Buonconvento then ride to Bagno Vignoni – 45km
Our guide will meet you in the morning in Siena, and you’ll have a short transfer to the medieval walled town of Buonconvento. After being fitted properly to your rental bike, you will hit the road! Riding across the vineyards of Brunello you’ll reach the hilltop medieval town of Montalcino, before heading to the next highlight of the day, the evocative Sant’Antimo Abbey. The scenic downhill that will follow will lead you to the next gradual but steady climb of the day. You’ll be riding this climb along quiet and picturesque country roads where you will eventually reach Bagno Vignoni. There you’ll find a cozy medieval town built around a thermal water pool. Dinner is included tonight.

Day 3:  Terme San Filippo – San Casciano dei Bagni – 50km, or less
A glorious 50km ride of traffic-free backcountry roads is in store for you today, with highlights of the ride including the imposing castle of Radicofani (a fortress built during the 10th century on top of a scenic basalt rock formation), the well preserved hilltop medieval castle of Sarteano, the picturesque village of San Casciano dei Bagni, and the famous for its thermal waters since Roman times. Dinner is on your own tonight.

Day 4:  San Casciano dei Bagni – Chianciano Terme – 41km
RToday you ride to Chianciano Terme, across the scenic eastern slopes of Monte Cetona. Enjoy the great views over Val d’Orcia and the Trasimeno lake, passing the medieval village of Cetona with its picturesque fortress on top. Dinner is on your own tonight.

Day 5:  Chianciano Terme – Rapolano Terme – 62km
The last ride of this tour will get you gradually out of Val d’Orcia passing the medieval hamlet of Monticchiello to the lunar-like landscape of Crete Senesi. The hot springs of Rapolano Terme will be the final well-deserved reward of the day. Dinner is included.

Day 6:  Rapolano Terme Departure
Depart Rapolano Terme from the local train depot. It is a 30-minute train ride back to Siena, or you can take the train on to other destinations. We can help you coordinate your departure.