Home » France » Why we love the Tour de France

Why we love the Tour de France 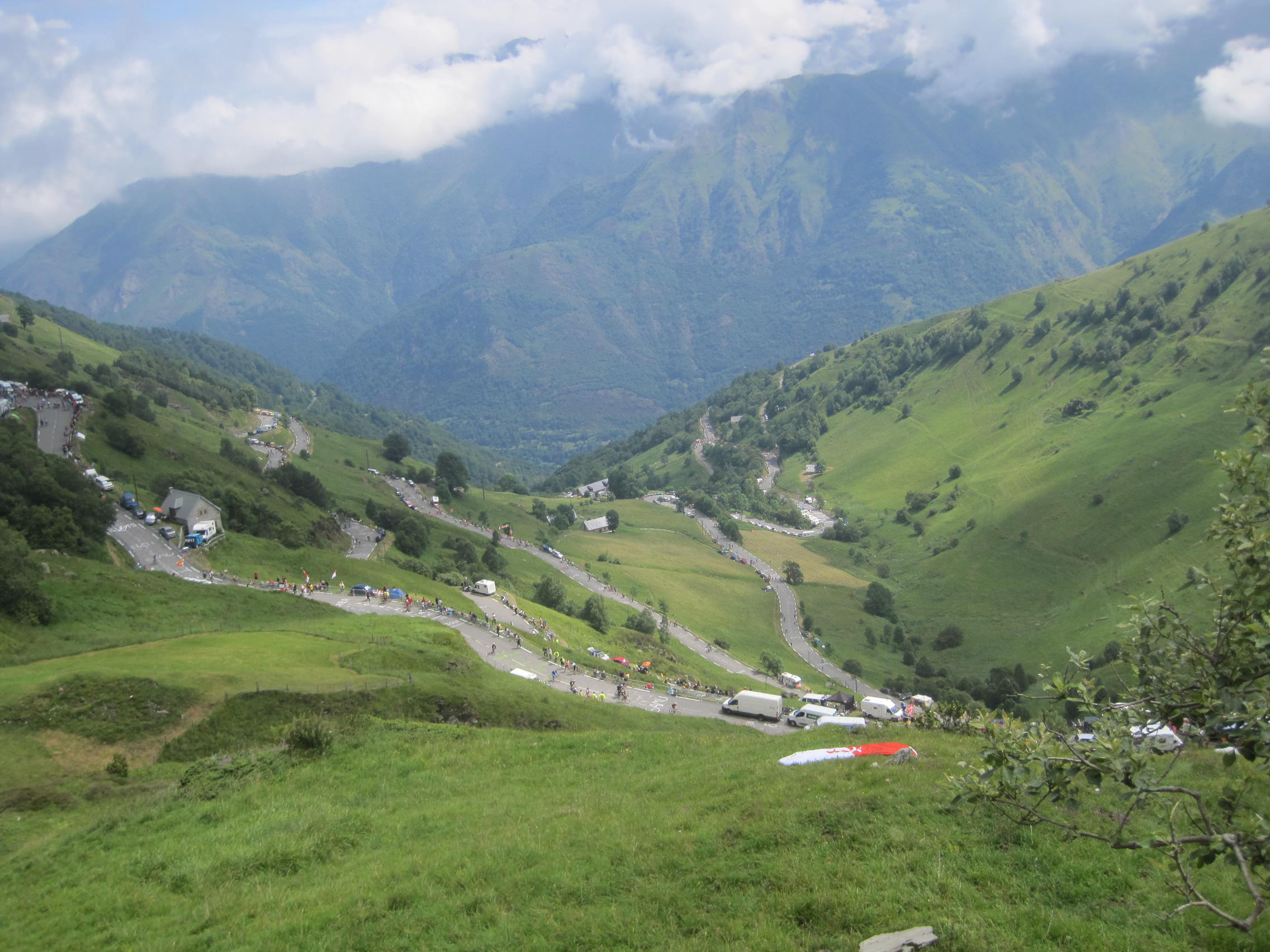 Why we love the Tour de France.

Our love and admiration for the Tour de France is rooted in a personal history, cycling significance and a deep love of humanity.

We’ve been avidly following the Tour de France since we can remember. It’s been a passion of ours from traveling to France (with and without guests) and riding the routes to waiting on summits for the greats to pass us by and rubbing elbows with some of the fastest living cyclists at their hotels. When we can’t travel to the race, we host cycling fantasy leagues and a big party with our friends to celebrate and geek out on the amazing parade of skill! It all boils down to the grand spectacle, the geeking out and the history.

Watch the video below to hear Jamie and Joy talk about why they love the Tour de France in their own words. We especially love when Joy starts talking about men in lycra!

When you watch the tour on TV you can easily see the costumes, the signs and the general insanity that comes from a global camaraderie surrounding the largest sporting event in the entire world. People are partying, celebrating and cheering on some very hard working cyclists on their quest to greatness. It’s truly a grand spectacle.

It’s not just the fans traveling from countries all over the world, even the French get into it.  The small towns that dot the official route are welcoming and just as into the celebrations. From banners and signs to huge bikes carved into agriculture fields – it’s such a site to behold. One that we seriously love. 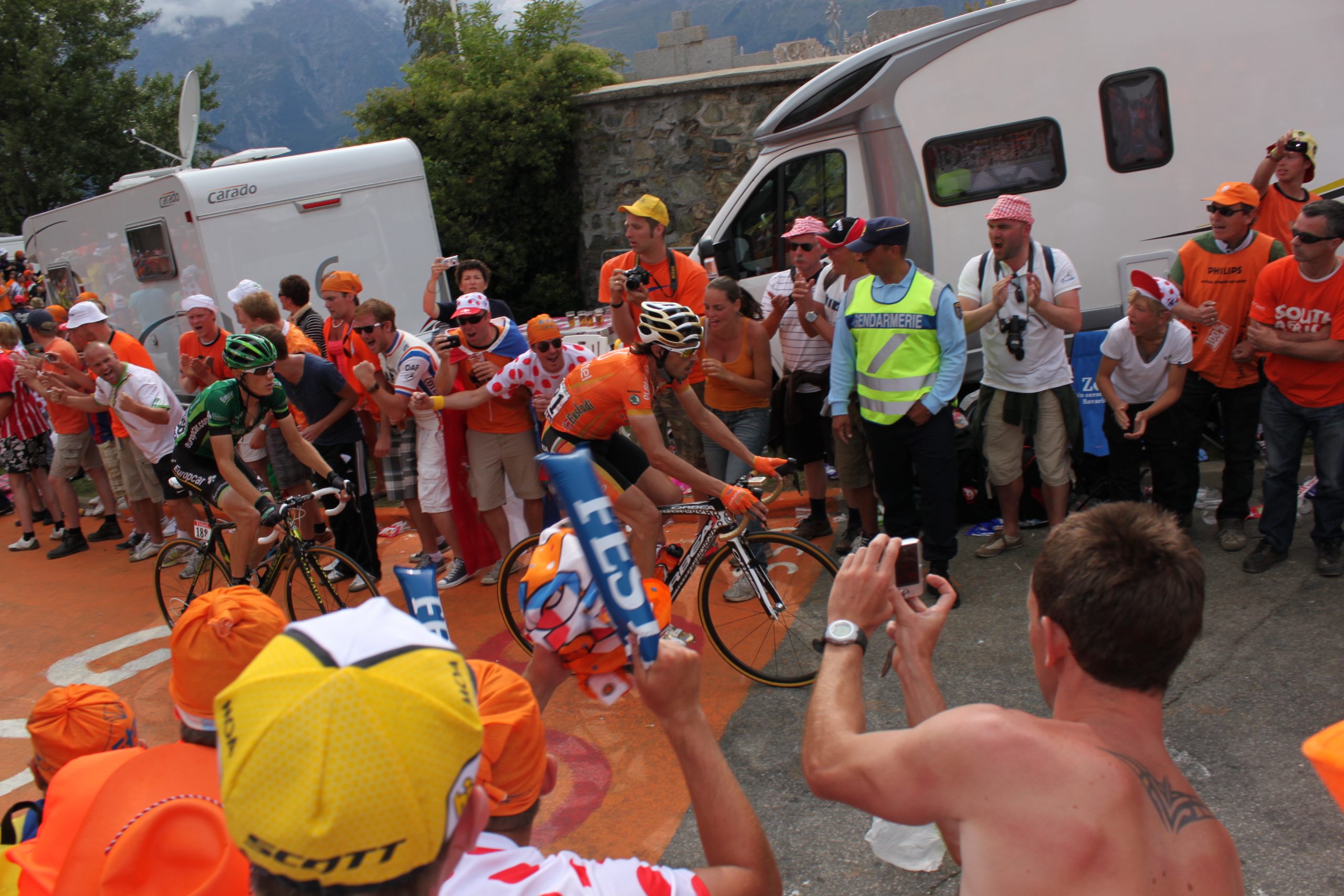 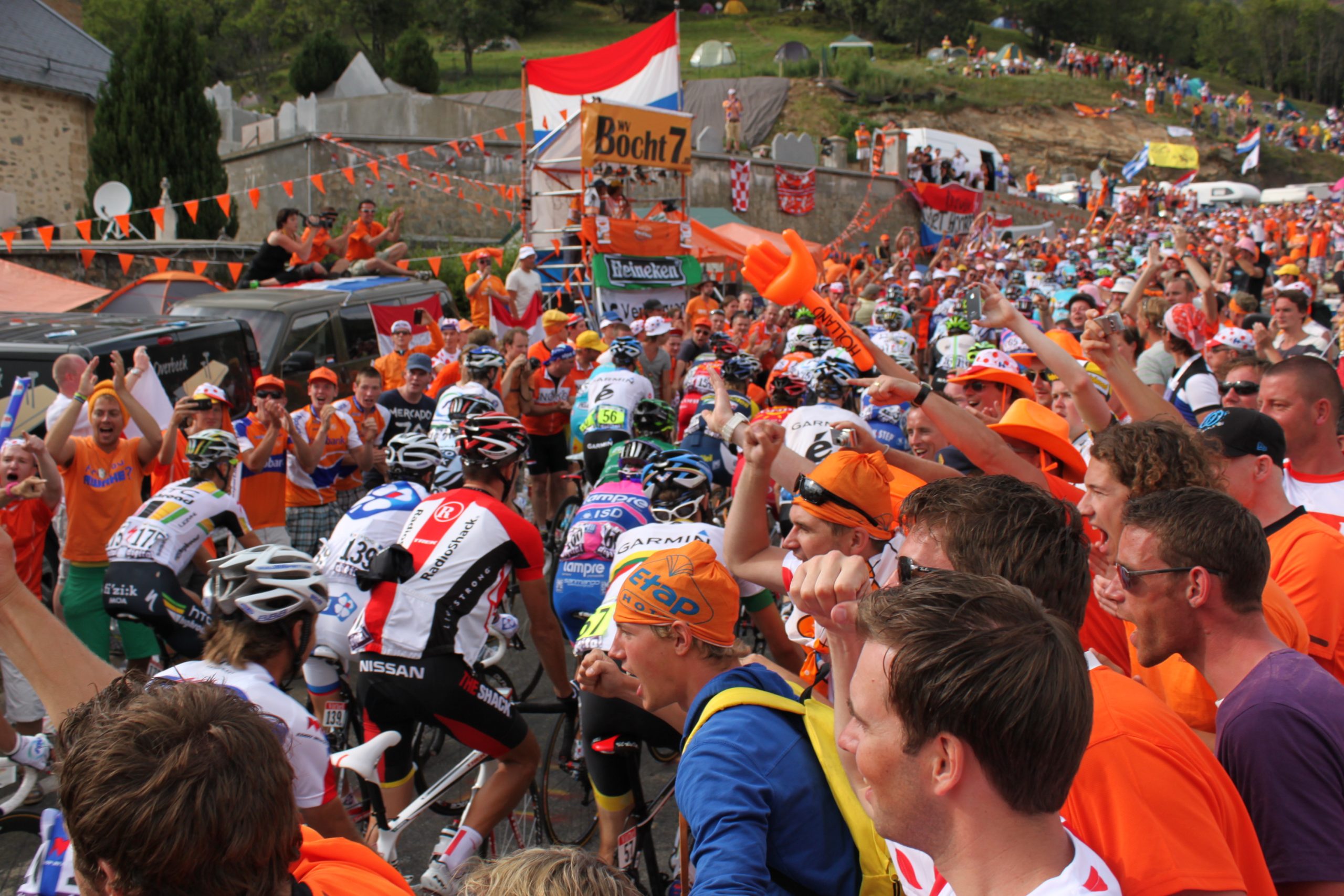 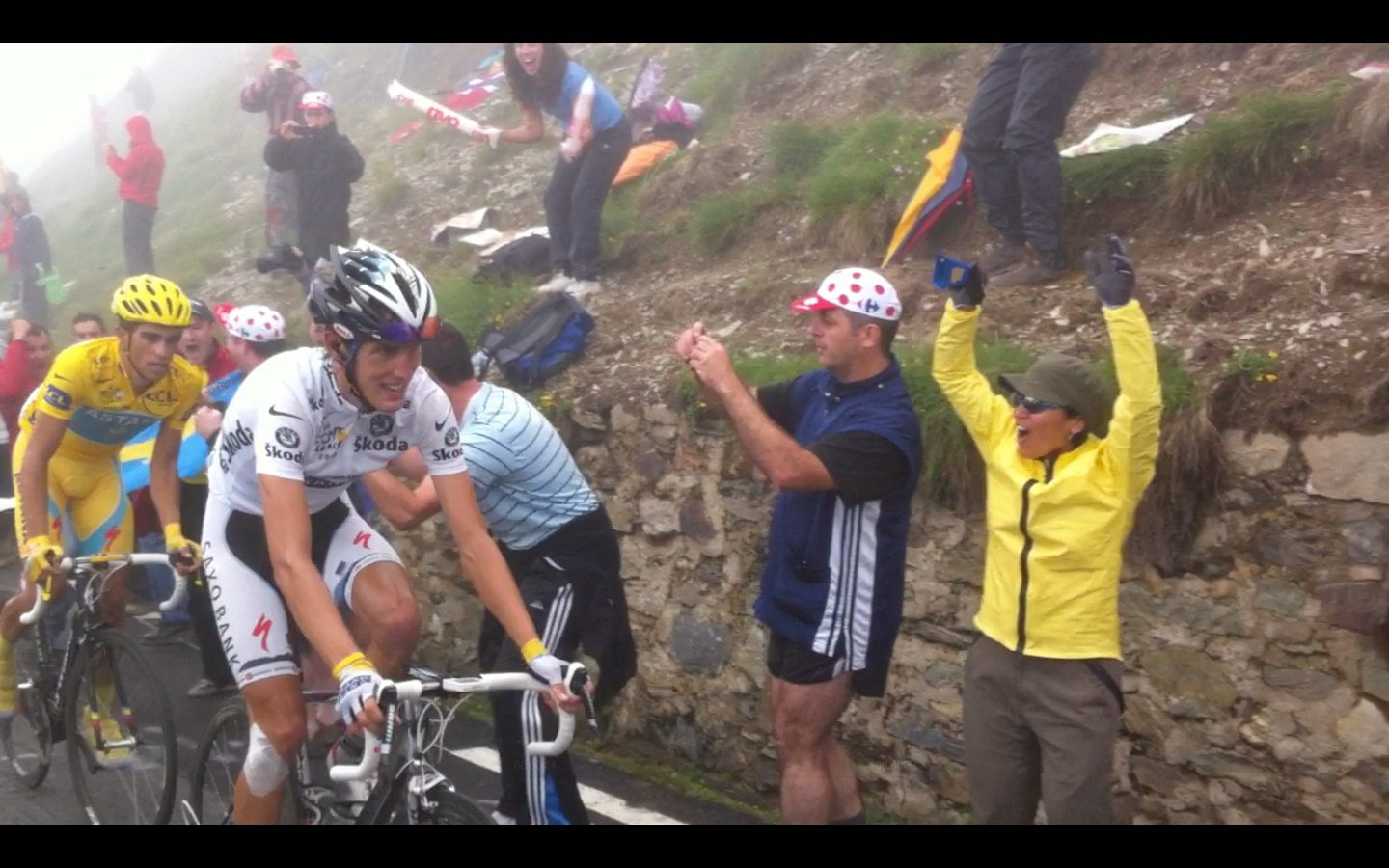 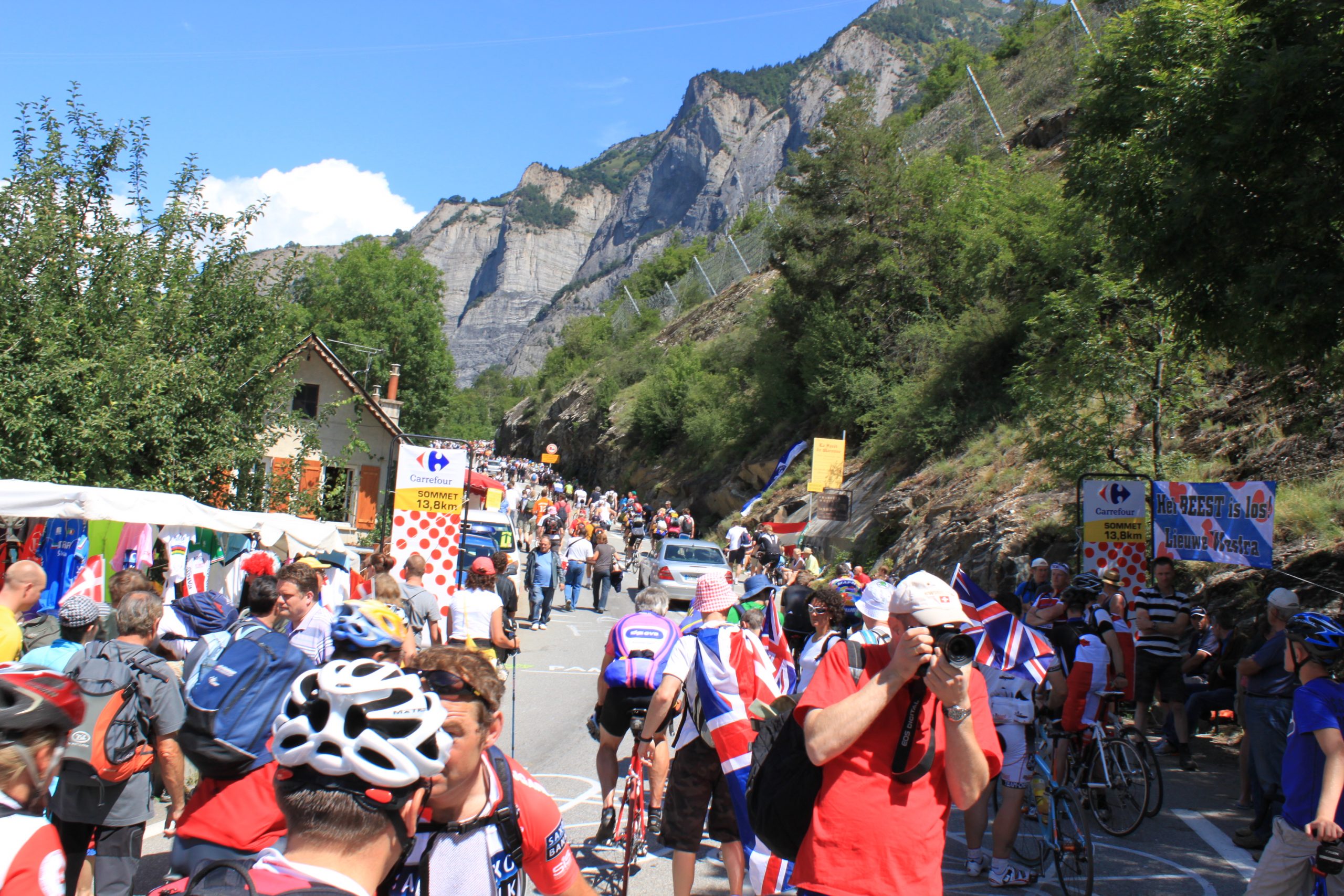 You may not that Joy worked for years at the Outfitter Bike Shop before she and Jamie took over the Outfitter tours. Her years spent there left her with an appreciation for the equipment and the gear. There are always lots of conversations about what gears the riders are running or what tires they chose for today. Are they running this bike or that bike? It’s an obsession some might say but it also drives us to make OBT’s Tour de France tour the absolute best it could be. 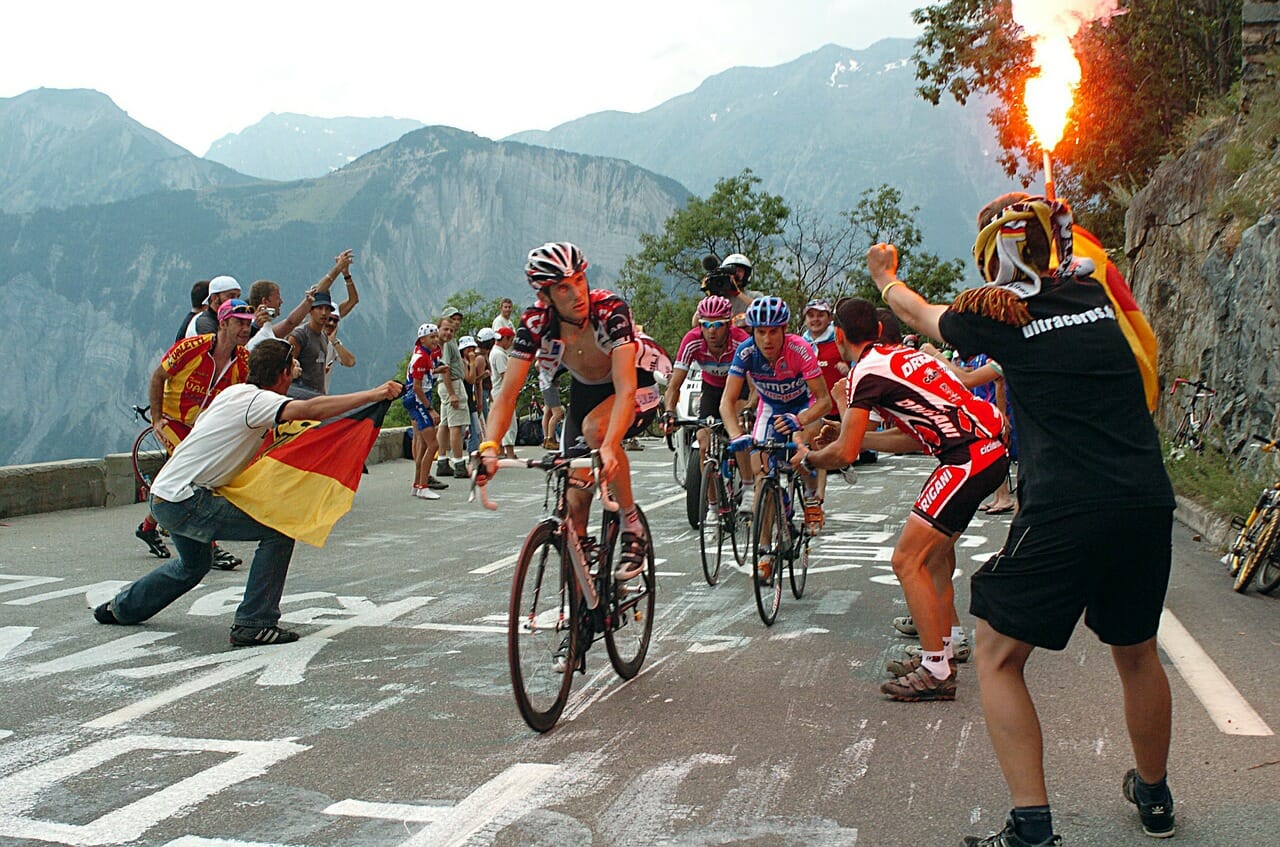 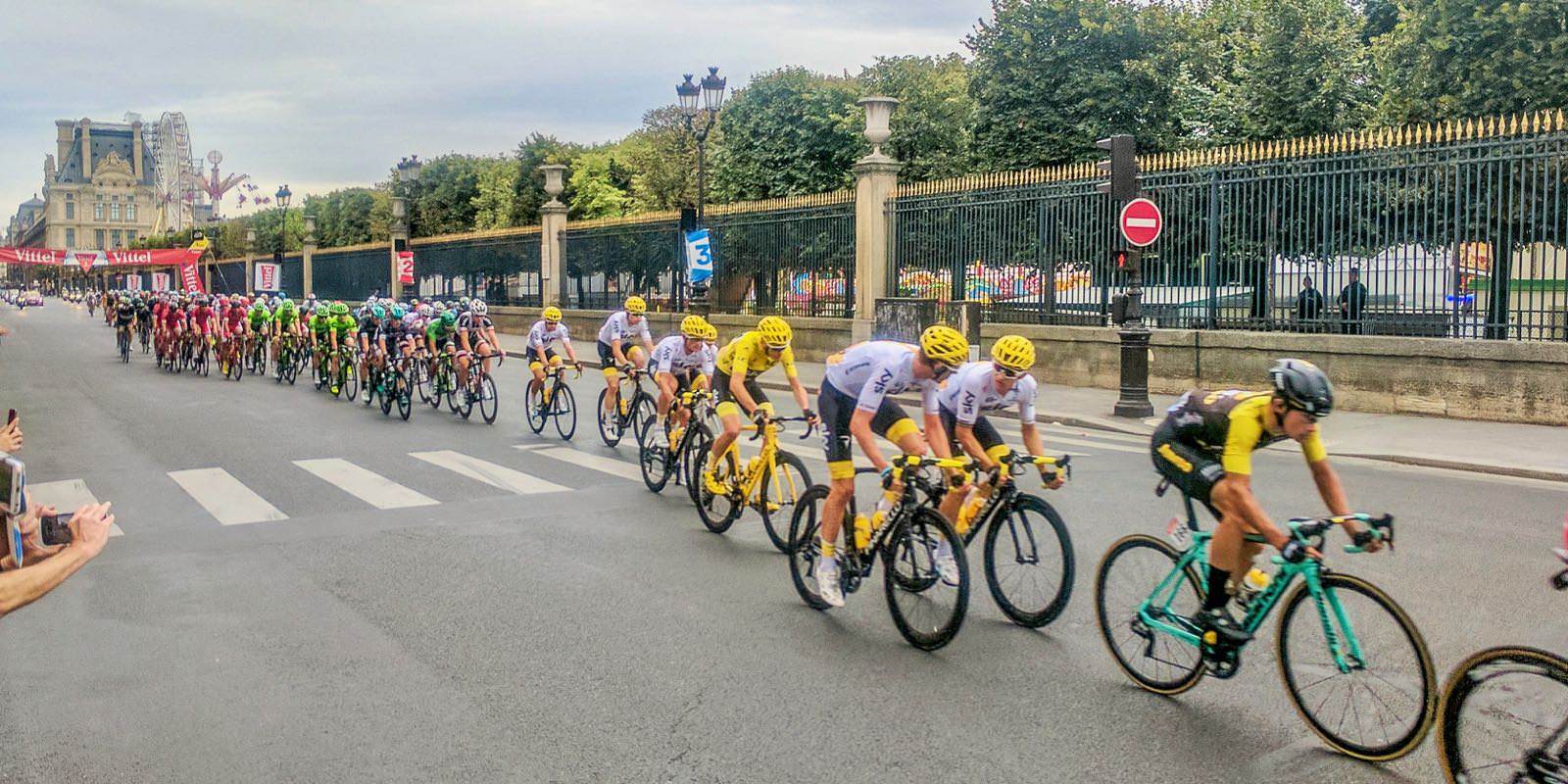 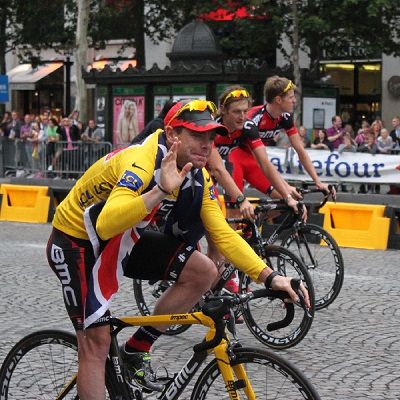 The Tour de France has been running for well over 100 years. The only break was during the World Wars when France was a literal battleground. We love to hear the stories of when the race fist started like how stages were over 250 miles each and the winner of the first stage came in at 17 hours, winning only by one minute.  Or that they drank red wine as a performance enhancer. Of course scandal has always been part of the tour. As early as the second running of the race in 1904, the top 4 riders were eventually disqualified. We’re no stranger to titles being stripped but it’s interesting to learn about the earlier races and some of the barbaric tactics used. These stories are like candy to our ears (as Joy hilariously put it) and we learn more every time we watch another running.

You can’t forget the personal history wrapped up in our love for the tour. Jamie and Joy actually met one morning during an OBT Tour de France tour. It was pure happenstance but the effects were magic. Many years, 2 kids, a cross country move and taking over the reigns at OBT were all a direct result of the their meeting at that pre-stage hotel breakfast. 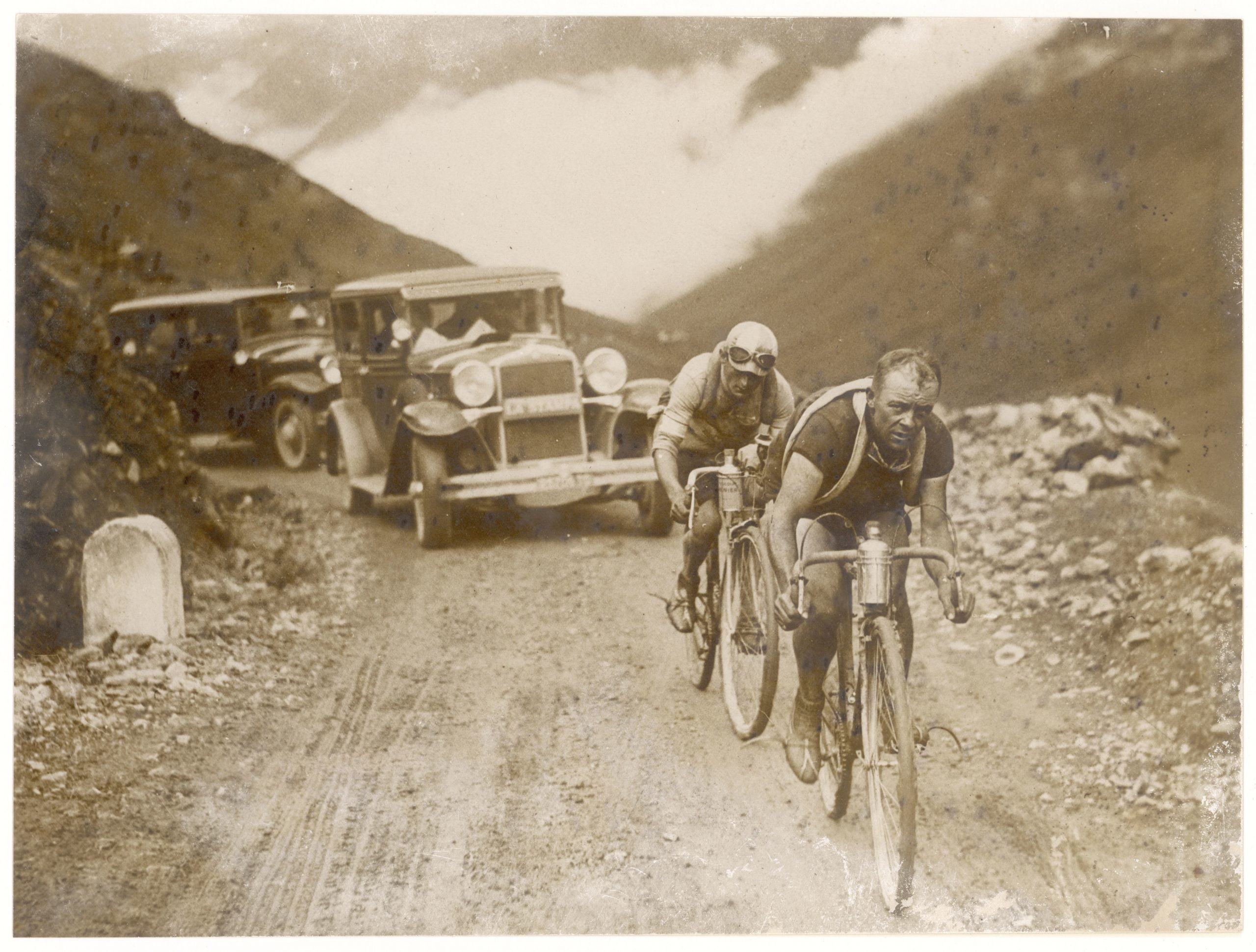 So what do you think? Are you ready to take the plunge on our 2021 Guided Tour de France tour? It’s a dream come true for many cycling fans. We feel like we’re living in a dream no matter how many times we head over to witness the spectacle in person!

Read up on other Tour de France posts for more motivation to register for a life changing adventure! 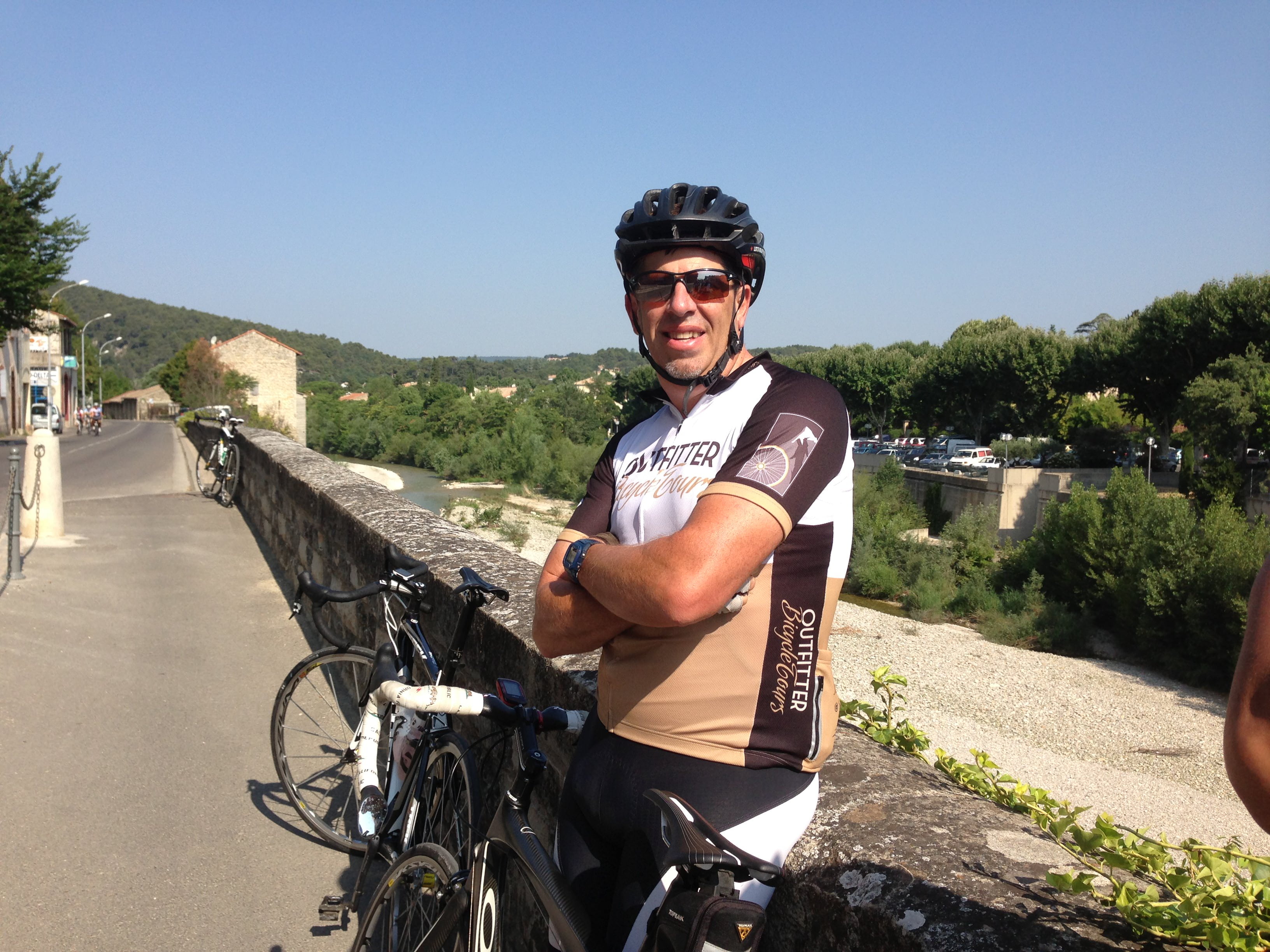 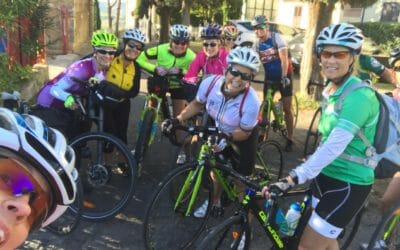